Past and current stuff

Hopper is using Ogre as its graphics engine, ode for physics, OpenAL for sounds and SQlite as a database.

At the start of the project I wrote a framework using Ogre and integrating the other components. As I am doing something like extreme programming ( as far as I understood it ), everything was more or less refactored when needed. With a working version after any modification.

This is what I am doing these days : heavy refactoring and moderate additions.

I modified the Input Management, and implemented the input configuration : now joysticks, mouse, or keys can be used to control the ship ! 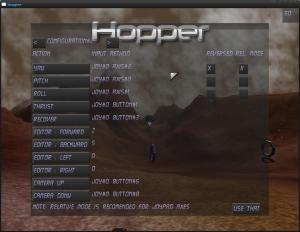 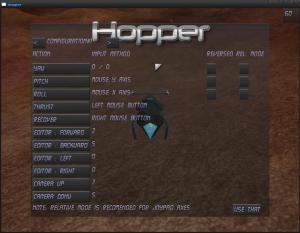 Preparing for other stuff like video configuration inside the game instead of keeping the Ogre default way to do this ( a dialog box appearing each time the game is started ), I made my own configuration file management class.

Also, I rewrote my own GUI instead of using a hacked mini-GUI wrote by someone else.

So next, I will have to integrate these things into the project.

This entry was posted on Sunday, March 15th, 2009 at 2:41 pm and is filed under Development. You can follow any responses to this entry through the RSS 2.0 feed. You can skip to the end and leave a response. Pinging is currently not allowed.

3 Responses to Past and current stuff